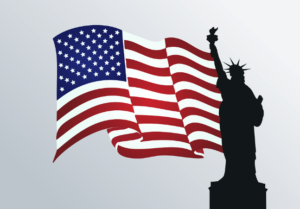 Different cultures, all under one flag

For my first blog, I’m going to talk about an actual scapegoat in today’s society.  For the past 15 years or so, America has treated Muslims as the scapegoat for everything that is wrong with our country.  If you think about it and take a good look back in history, every minority group has been targeted and blamed for something in this country.

Is it the politicians or the media who are targeting groups, spreading lies and rumors, and getting the majority of the country on board?

People of Islamic faith, or Muslims, are very peaceful and loving members of society.  Yet, they are all blamed for the horrible acts of a handful of people.  Americans across the country are belittling people in their community because of their faith, all because they are told to hate these people.

The same thing happened before and during the civil rights movement.  African Americans were treated with scorn by the rest of society because they were different.

Catholics, Japanese, Jewish people, the list goes on.  All of these groups of people have been used as a scapegoat at one time or another, and it’s mostly been caused by politicians who are trying to earn more points with the majority.  It’s disgusting and frightening to me.

Why do politicians get to think that they are better than everyone else, and get to decide on a group of people that deserve to be treated differently?

This is America, people.  The land of the free, the home of the brave.  We are a salad bowl of so many different ethnic groups, religious groups, and races, and we each bring a different flavor to our country. Everyone should be treated equally, no matter what, and our differences should be embraced.

When I first meet someone, I’m more interested in their character and the ideas they want to share with me, not what they look like or who/what they worship.  Yes, their ideas may be formed by the belief system they were brought up on, but that’s what makes our differences so great.  We can all learn something from each other, if we would get past the discriminating and stereotyping that the politicians and media want us to dwell on.

Embrace people’s differences!  Learn from each other!  Be kind to one another!  Quit following the masses!  The only way we are going to make a significant change in our country is to quit swallowing everything the media gives us.

Thanks for reading my rant.